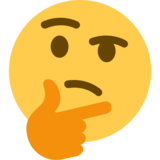 So if curiosity- and other emotions- count as knowledge instead of tools for gathering knowledge, what does count as a tool? The obvious contrast to emotions, reason comes to mind, but further thought places sight in this category as well. But even then there are categories unaccounted for- where would physical pain or taste fit into this model? Like emotions but unlike sight they “feel like something”, but they otherwise seem easy to group with sight as being senses. 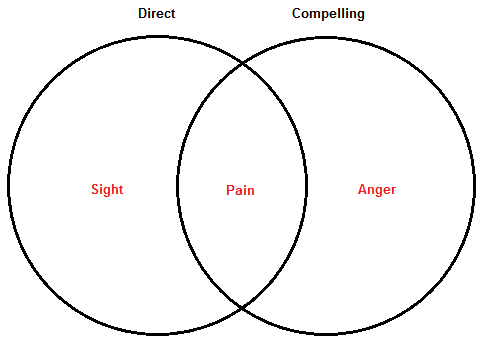 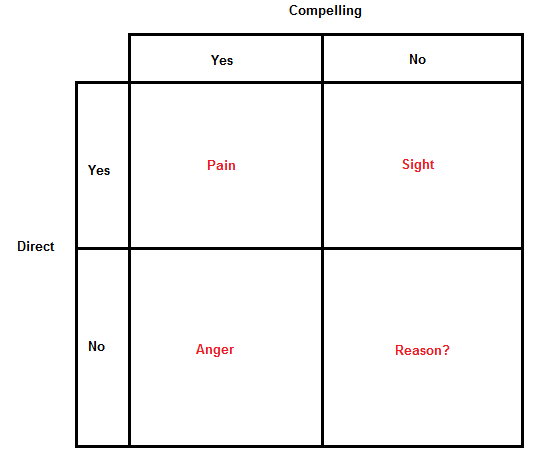 Firstly, though I originally considered labelling thoughts/feelings (the non-sensory category) as contextual, I discarded it because that’s only true by one interpretation of the word- it’s not that senses lack a “context component”, but that this component is the external environment. From that point of view, self can be seen as an internal instead of an external environment. “It feels like something to be me” may then be similar to something like “it feels like something to live in a city”. It seems to me as if this involves trying to filter out both the self and any particular experiences- if f(s, E) outputs an experience given the self and the set of variables that is the environment, then “what does it feel like to live in a city” might be asking for description of the difference between the image of f and the image of f when one of the values in E is given. Alternatively, just call it f(E) and say that one of the values in E is s. “What it feels like to be me” is then the same procedure.

Firstly, genre. Fairy tales, murder mysteries, cyberpunk- all different genres with different feelings to them. Genre is more than just a label, providing a sense of how to understand the material, eg., a superhero movie and an “artsy” movie are meant to be approached differently. (To support this, consider firstly that in general beliefs about what’s expected change perception, and secondly and more specifically, that genre subversion is interesting because genre inviting us to perceive the work a certain way sets us up for thrilling lostness.) Placing the work our mental map of genre, that is, determining how to perceive a work, is based on previous experience and knowledge of genre. Then, similarly, how a person perceives the world is based on previous experience and knowledge, and like with genre, different perceptual approaches feel different.

Here I would point at the example of skill in visual art. Drawing is a process that involves reason/is consciously guided. One can choose what to draw and adjust how to draw the drawing while drawing it. Drawing isn’t a process that takes place fully in the conscious or subconscious mind, but is an interplay across both. Art skill is like a complex tool which provides feedback when used and develops differently depending on how it’s used/the training data it’s given. (Of course, if the heavy lifting is done unconsciously, one could flip perception of tool and agent and say that conscious involvement is just a tool a that art skill uses to “see” and adjust to criteria for success that it wouldn’t have known about otherwise.)